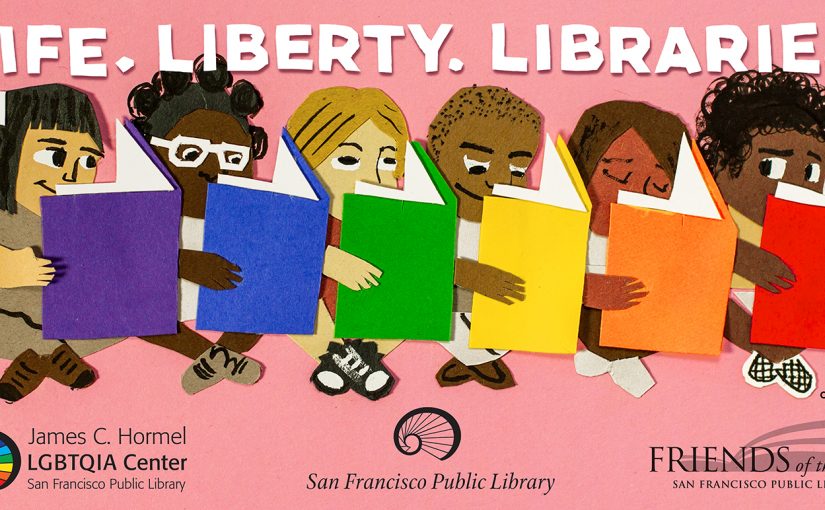 Below are some interesting news stories from the world of libraries and archives. But first, in honor of Pride Month, there is a link below to a recommended reading list. Enjoy!

Roundup: LGBTQ+ Pride Month 2018: New/Updated Reading Lists From Canadian and U.S. Libraries
Happy Pride 2018! Library Journal’s online news publication infoDOCKET will be updating this roundup post throughout the month with direct links to new and updated LBTQ+ reading lists from libraries in Canada and the U.S.

The Future of School Design: A shiny new building isn’t always the answer. Alexandra Lange on what makes a school flourish via Architect Magazine | June 11, 2018

Why You Should Care About the Threat to UW-Madison’s Libraries  via Tone Madison | June 12, 2018

New Data on Job Satisfaction, Occupations, Earnings, and Salaries for Those Earning an Advanced Degree in the Humanities via infoDOCKET | June 11, 2018

From Doctoral Studies To…Digital Humanities via The Chronicle of Higher Education | June 12, 2018

New Projects in the Archives

Internet Archive, Code for Science and Society, and California Digital Library to Partner on a Data Sharing and Preservation Pilot Project via Internet Archive Blogs | June 5, 2018

A Vision for the Future of Content Management: Chris McLaughlin of Nuxeo via CMSWire | June 6, 2018

Like in Texas, college libraries around the U.S. rethink their future via Houston Chron
“Texas’ campus libraries are shuttling books off site, adding exercise machines and transforming the spaces from information hubs to collaboration centers. Campuses across the state are pouring money into renovating libraries, adding study rooms, café-like booths and exercise machines so students can multi-task while studying.”

A New Home for AI: The Library via InsideHigerEd
University of Rhode Island plans to use its library to broaden the reach of artificial intelligence.

Dimensions from Digital Science Launches Today via infoDocket
“This new resource provides both free and fee-based services and tools…’Global technology company Digital Science is proud to announce the launch of Dimensions, a new platform that aims to democratise and transform scholarly search.'” 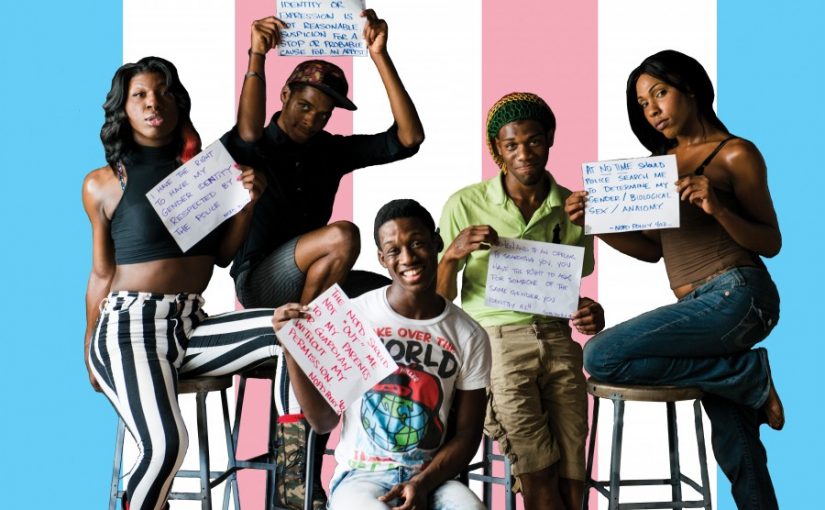 As always, there is lot going on in the library and information sciences world, so here is a small sampling from this past week! Happy reading!

Newcomb adds digital archives to document LGBTQ+ history  via Tulane Hullabaloo
Newcomb Institute at Tulane University is diversifying its historical archives by adding its first-ever completely digital-born collection to preserve the history of LGBTQ+ activism in New Orleans. The featured image above is from the Newcomb.

10 Questions…with Margaret Sullivan, an Interior Designer  via InteriorDesign.net
“With her six-person studio in NYC, Margaret Sullivan is on a mission to design the public library of the 21st century. Libraries, often fated with lackluster interiors, function as gathering spots and learning hubs for local residents of all ages. Sullivan knows a well-designed library will benefit the entire community…We ask the designer to share what she’s doing to keep these public spaces relevant.”

Why Austin’s New Central Library is a Vision for the Future via Austin American-Statesman
“The Austin Public Library recently opened its spectacular facility with much fanfare to respond to a diversity of needs in the Austin community. Transformed from a traditional library filled with books and other sources of information including media, the new open design sets itself apart as a new standard to address user needs in the 21st century. The timing of the opening of the new Austin Public Library is a perfect opportunity to highlight the resurgence of the central role of libraries in their respective communities, whether public, academic or school libraries, as they rethink their relevance amidst fast-paced changes.”

Coding Creativity Reigns During Computer Science Education Week via EdTechMagazine
“Computer science is often top of mind for 21st-century educators, but this week, you’ll likely hear more about it than ever before. From Dec. 4-10, teachers and students across the globe will celebrate Computer Science Education Week. Many classrooms are expected to participate in an Hour of Code, during which students spend at least one hour working on a coding activity.”

What We Know and What They Know: Scholarly Communication, Usability, and Un-Usability via ACRLog
“Over the past handful of years, a lot of digital ink has been spilled on library responses to #icanhazpdf, SciHub, and, most recently, the #Twitterlibraryloan movement. This hit home in my life because in recent discussion with students at my University, we found that students told us outright that they used SciHub because of its ability to “get most things.” How we talk about piracy with our patrons is an important topic for discussion, and places a tremendous amount of emphasis on the ethics of a for-profit publishing model. But it places librarians in a precarious situation defending publishing practices that build barriers to research.”

infoDocket News Roundup via Library Journal
A list of LIS news from the past week.

by Eileen Abels and Laura Saunders

The LIS field is changing rapidly, and encompasses a wide range of career paths and directions, all of which must be considered when preparing new LIS professionals. In addition to more traditional skills related to information organization and soft skills like customer service orientation and interpersonal skills, employers are also looking skills and qualifications in areas like emerging technologies, preservation of print and non-print materials, design thinking, and cultural competency. It is incumbent on LIS schools to ensure that their curricula are meeting the needs of the field. But which skills are core—meaning that all students should have a foundation in those skills, regardless of their area of focus or ultimate career path—and which are specialized, meaning that only professionals in specific positions are likely to need those skills?

In spring 2017, Simmons SLIS undertook a survey to address these questions. The survey went out to area employers, internship and practicum supervisors, faculty, and alums. Respondents were asked to rank 53 skills on a scale of “core” to “specialized,” and were also given an opportunity to identify additional skills that they did not see represented in the original list. We received over 1100 responses, which we will be analyzing and using to inform our curriculum. 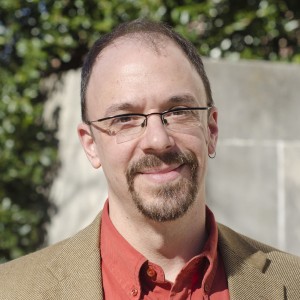 As a GSLIS student in the mid-1990s, I took the traditional reference and cataloging core curriculum courses. Two decades later, I have seen a lot of changes to information technology and librarianship. Yet the core curricula of most library and information science (LIS) programs still retain these traditional courses or, in many cases, their modern incarnations: information services and metadata.

These courses remain in most LIS programs’ core because the American Library Association’s (ALA) Standards for Accreditation of Master’s Programs in Library and Information Studies requires that the curriculum address certain topics and prepare students with certain skill sets. On the other hand, the ALA’s Accreditation Standards also require that the curriculum “provide direction for future development of the field.”

While traditional topics in LIS remain important, the future of the field depends on a broader set of skills that are necessary to remain in relevant and mobile in today’s marketplace. And I’m not talking about additional information technology skills.

A study was recently published analyzing the prices that university libraries pay for “big deal” journal bundles. This study revealed that some institutions are paying nearly twice what other peer institutions are paying for the same bundle. While it is shocking, it is not surprising. What makes it worse is that publishers brought suit against universities involved in this study to prevent them from releasing the details of their contracts (the courts ultimately ruled that these universities could release the data). University libraries may know what they’re paying for their subscriptions, but they usually do not know what their peer institutions are paying. Vendors would like to keep it that way.

Over the past several decades, libraries have decreasingly been in the business of owning things, and have increasingly become portals through which users access resources owned by others. Libraries can provide access to additional resources this way. However, under the regime of renting access to resources, it’s critical that libraries be able to negotiate the terms of rental agreements. Contract negotiation has become an essential skill for librarians to possess.

Contract negotiation ultimately is about being a good steward of resources, which includes financial management. Budgets in libraries are often siloed by department. An example from my own research is determining the cost-benefit of reference services: How much does it cost to answer a reference question? The simple question turns out to be difficult to answer. Many studies have investigated this question, and come up with different answers because there’s little agreement on what should be included in the calculation. Staff time is about the only cost that everyone agrees on, but should some percentage of the cost of purchasing the resources used, network access, or facility space also be included? While the answers are debatable, the issue remains that it is virtually impossible to argue that the service you’re providing is worth the cost, if you can’t say what the cost is.

Discussing the cost-benefit of libraries doesn’t sit well with everyone. Librarians often like to make arguments about the benefit of libraries to society. Unfortunately long-term arguments often take a backseat to immediate concerns, especially where money and politics are concerned. A decades-long history of libraries being threatened with closure – Detroit, Denver, Cuyahoga Falls, Monterey, Chicago – drives this point painfully home. There may not be much that librarians can do to increase their institutions’ budgets, but there is plenty that librarians can do to advocate for their slice.

This sort of advocacy is ultimately about becoming a thought leader in your organization and in your community. Leadership doesn’t just mean that you’ll be a manager, such as a library director or department head. Sometimes it means chairing a committee, organizing a conference or being faced with a situation that involves managing your manager. Such circumstances require leadership skills. How do you motivate members of a group, all of whom have different concerns and agendas? How do you get people to do things for you, especially if you’re not their boss? While these skills can be learned, there needs to be increased emphasis on such skills in LIS school.

Leadership, financial management, strategic planning, and contract negotiation are the skills that will provide direction for future development of the field. These are the hidden core curriculum for librarianship.

Some courses address these skills, although they are not labeled as such. Project-based courses, such as GSLIS’ Dr. Candy Schwartz’s LIS 462 Digital Libraries and Linda Braun’s LIS 467 Web Information and Architectures involve project management, and project management is all about leadership. Dr. Mary Wilkins Jordan’s LIS 404 Management course involves writing a grant proposal, which develops budgeting skills. The onus is upon the student to find the hidden skills in each course.

Faculty do what they can to develop courses that include these skills. But it’s up to students to capitalize on these opportunities to develop those skills and talk about them in your next job interview.