Simmons College Academics and Environment in the 1920s

During Marion’s junior and senior years at Simmons, an ongoing fundraising effort was underway to fund the construction of what would become the East Wing of the Main College Building. According to the Simmons College Review, a $100,000 fund for the construction was established in February 1927. The progress of student and faculty fundraising was a regular topic of reporting in both the Review and Simmons News. Marion was quite active in the fundraising efforts, hosting several events for the cause herself, including themed dinners and dorm food sales, which are evidenced both in the news and in her scrapbook. 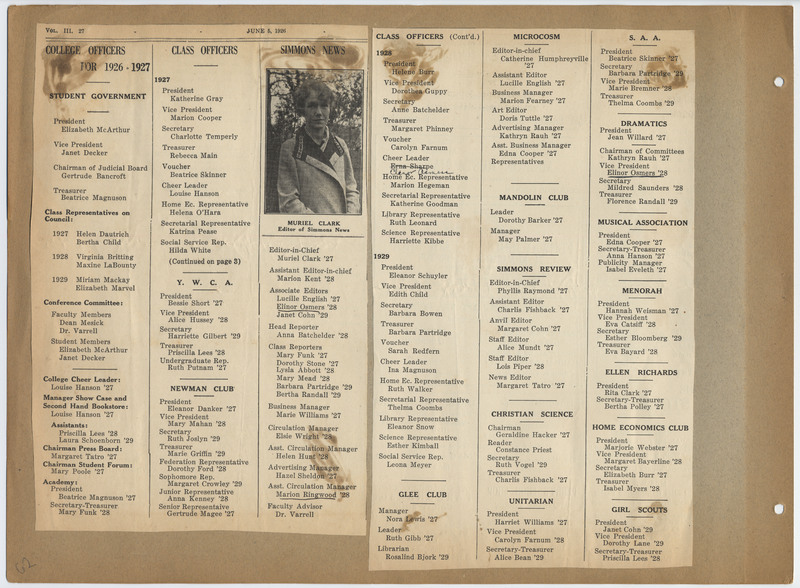 Outside of their duties with policies, members of the student government were the leaders and organizers of the various events that took place on campus throughout the school year. While she attended Simmons, Marion acted as the Home Economics Department representative, a role she performed with excellence and diligence. As one can imagine, with Marion’s decision to pursue the food track in the Home Economics Program, her abilities and leadership were in high demand. Her service as the representative coincided with her interest in the Dramatics Club. In 1927, when the College put on the play “Pygmalion”, Marion was in charge of the banquet. Her work earned her high praise and was considered a triumph. 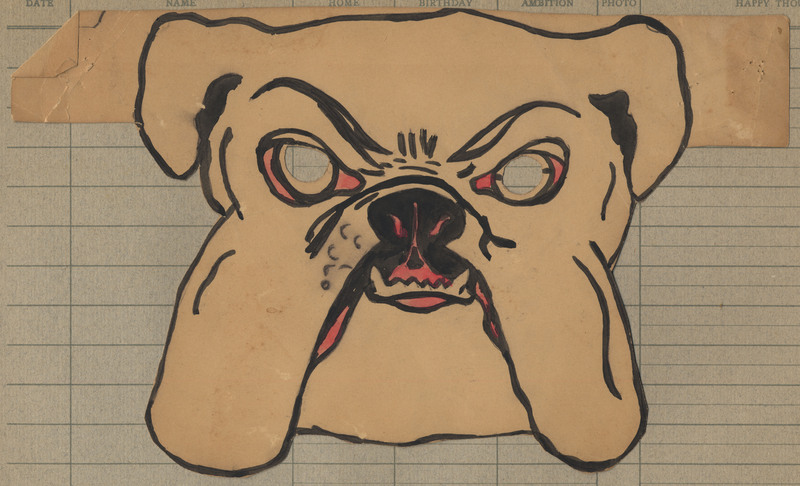 In the early 20th century, Simmons College did not have a consistent mascot for the entire institution. Instead, each class picked their own. Marion’s class mascot, 1928, was the bulldog. Simmons College didn’t adopt the now familiar shark mascot until 1992, following a vote of the Simmons athletic teams. 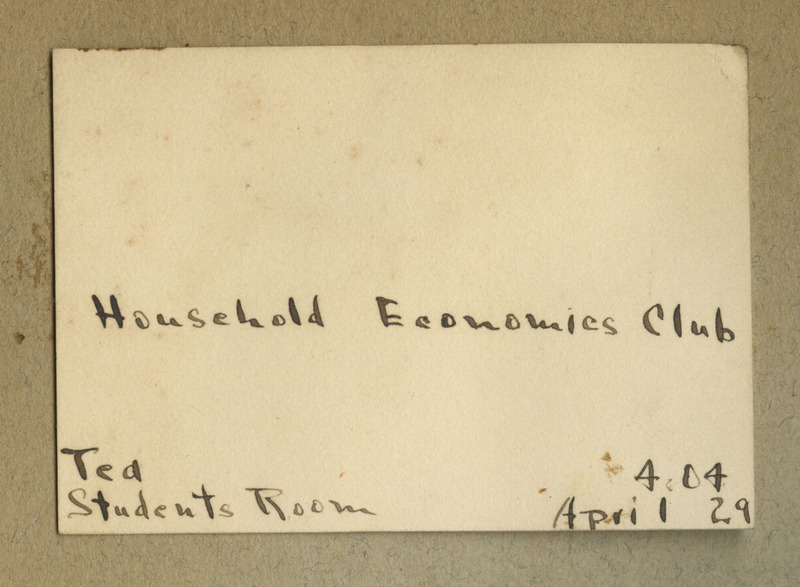 Simmons College started out as a vocational college, with household economics (or domestic science) being the first formally approved program. The proposal for the program by the first college president, Henry Lefavour, envisioned graduates as having the “knowledge and practical skill necessary to supervise in all its detail a large institution.” Household economics was a diverse program, designed for women with interests in working in fields such as teaching, social service, management, food chemistry, and bacteriology, and lecturing or writing on subjects related to the field of household economics.

At the beginning, the Simmons program was modeled after contemporary cooking and household art skills like those taught at the New England School of Housekeeping, which focused on the practical application of cooking and household arts. At Simmons, students would practice cooking for six hours a week, along with cleaning and laundry classes, sewing and clothing design, decoration and construction, child care, and household management. By the 1920s there was a shift in focus. The scientific field of nutrition was growing and community health programs were starting to appear, which led to more emphasis on underlying scientific principles and more methodological approaches to food preparation. The program was divided into two tracks: clothing (sewing and clothes design) and foods (chemistry, dietetics, and cooking). Marion was in the foods track. So, along with academic instruction, Marion took classes on food preparation, chemistry, dietetics, and household, institutional, or lunchroom management. She had the option to take sewing and design courses as electives.

It was part of President Lefavour’s original proposal that students should have the opportunity to have a practicum before (or immediately after) their graduation so that the College could test their abilities. This became reality in 1925, when Simmons acquired Pilgrim House, which became the Household Economics Department’s practice house. About 15 students at a time did half-year stints at Pilgrim House; Marion was one of those who took part in this opportunity. The students ran the house, taking responsibility for hosting, meal planning, cooking, chores, bookkeeping, and coordination of tasks.

Pilgrim House allowed students to practice the skills they were learning in class. As a Simmons News reporter wrote on April 26, 1928, “From the more practical angle, work at Pilgrim House gives one assurance and independence. It is one matter to bake a delicious cake under the direct supervision of a Food’s instructor, but another to produce a perfect cake entirely independently. This lends assurance that one can do the thing again at any time. Then too everyone has an opportunity to apply what she has learned previously and to correlate new ideas and methods which she learns her with the old ideas…. The object of this course is to produce a homemaker and not a housekeeper, a person who can plan her work, carry out her plans intelligently, and still have time for herself and her family.”

The Dramatics Club at Simmons College began its first full year in the fall of 1916. They originally planned on performing at least two plays a year, and the dues were only $1. However, after 1916, there seems to be little mention of the Dramatics Club, although we know that it still continued to exist for some time time as a club at Simmons.

The Club not only put on various performances throughout the year, but also hosted guest performers and speakers. The Dramatics Club was not only a way to get involved in drama at Simmons College, but also allowed members to cultivate connections in and around the city of Boston.

During her time at Simmons, Marion was an active member of the Dramatics Club, where she was a properties manager and actress. She also wrote and acted in dormitory skits during her time at Simmons. In 1927 the College put on the play “Pygmalion” and Marion is listed as being in charge of the banquet, which was described as “a triumph of the Simmons House of Economics School.”

Despite her success, there was a disappointing turnout for the second performance of the play, and the Simmons News included a small write up meant to rally support for the club with the warning that “it is up to those of us who have only seventy-five cents to stand by and see it through.” The call worked, and the Club continued. Also as part of the Club, Marion took part in a one-act play competition between the classes. These plays saw freshmen, sophomores, and juniors squaring off against one another under the mentorship of the senior class.