Home > Life & Times > College Traditions and Rituals in the 20s

College Traditions and Rituals in the 20s

A Simmons College tradition dating back to 1918 or 1919, the Freshman-Junior Wedding was a mock wedding ceremony held to symbolically link the two classes for the duration of their time at Simmons. This connection was important, as the upper class students would serve as mentors for the under class students. This tradition was featured as a pleasant component of other college traditions, including the May Day Celebrations and the Ghost Walk. 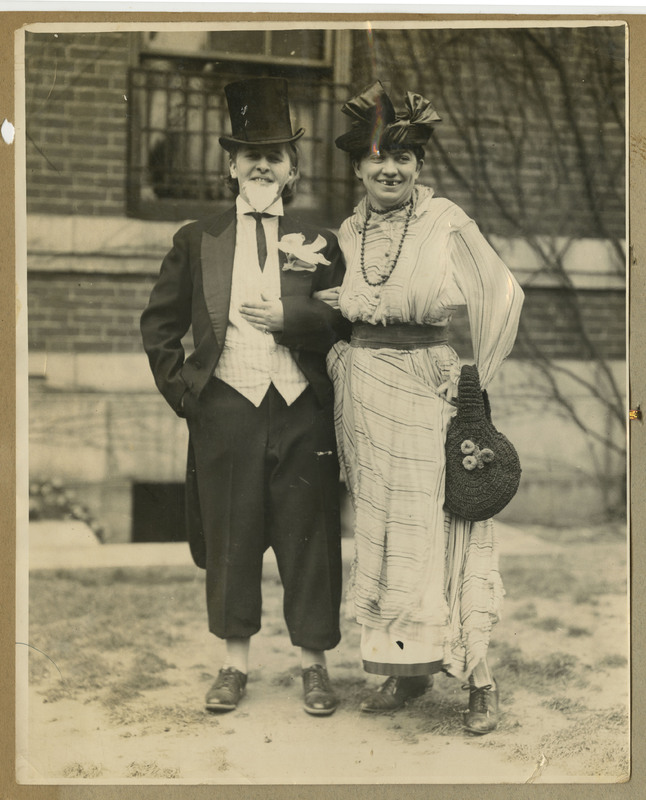 The ceremony itself was a generally lighthearted spectacle, with surprising attention to detail, including mock bachelor parties, wedding cakes, and plenty of costumes. The president of the freshman class dressed as the bride, and the president of the junior class played the part of the groom. Other Simmons students and faculty would fill out the wedding party as needed. It does not appear that Marion played any role in the event during her freshman year, though she certainly documented it in her scrapbook. During her junior year, perhaps due to her association with the Dramatics Club, Marion and her roommate Elinor Osmers played the roles of mother and father of the groom, respectively.

The tradition of the Wedding appears to have been replaced in 1945 with a Freshman Junior Jamboree, culminating in a more sober candle ceremony, and the tradition seems to have totally died out by the mid 1950s.

One of the earliest traditions of Simmons College, the Ghost Walk first appears in the 1922-1923 Students' Handbook along with mention of other traditions. The exact details and dates of the Ghost Walk tradition are unclear, apparently having also been shrouded to Simmons students for suspenseful anticipation. The published descriptions do report it as an event that occurred sometime in October, possibly close to Halloween.

According to contemporary student handbooks, early manifestations of the Ghost Walk saw sophomores and juniors tussling at the pinnacle of the event. Mysterious kidnappings and spooky activities would lead up to the Ghost Walk, and on the appointed night, sophomores would don sheets and chant as they marched to the junior dorms. A junior scout would spy, and chaos would ensue. After the brawl, the sister classes would retreat to the Refectory for cider, doughnuts, and other treats as a reward for their troubles, and something called “the class secret” would be revealed. What exactly “the class secret” was is not clear, as its secrecy meant it was not recorded, but whatever it was, it seems to have been an integral part of the event.

Not surprisingly, subsequent alterations to the Ghost Walk activities quickly evolved. In 1925, the Ghost Walk transformed into a tug-of-war to make it less dangerous. In early October of 1927, at a sophomore class meeting, the hope was stressed for cooperative involvement between the sister classes to prevent injury and foster better relations. Just a few weeks later on November 3, 1927, it was announced in The Simmons News that the Ghost Walk had officially ceased as a tradition. 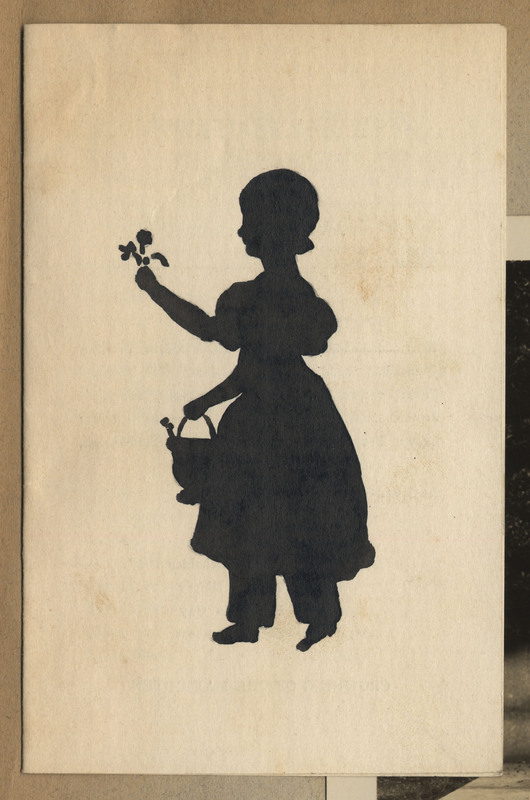 Program for May Day Merrymaking

Another prominent tradition of the college in Marion’s day was the annual May Day Festival, which served as a send-off to the graduating senior class. Exact descriptions of the event vary from source to source and year to year, but generally, the idea behind the event was that the freshman and sophomore classes would celebrate the juniors and seniors who had guided them through the academic year by hanging baskets of flowers on their doors and treating them to a May Day fête with strawberry shortcake, dancing, and skits. Which classes participated in which activities varied, but the sophomores were always responsible for the skits and parties  celebrating the senior class, as a symbolic send off to the class to which they had been “married” and from which graduation would soon part them. A more modest May Day celebration continues to this day.

Marion, with her characteristic enthusiasm for acting and theater, played a leading role in the sophomore skit for her sophomore May Day. She wrote a skit poking fun at the structures of academic life in which she played Mr. Term Exam and lectured both a student and Simmons College founder John Simmons. Her entire class seems to have engaged itself in the festivities with aplomb that year, heavily theming their luncheon party around their chosen mascot, the bulldog. In other years, Marion was involved in the various skits and committees as well. She seems to have had a strong connection to the event.